It’s April and the stats are in.

As usual, most listings are experiencing a bit of a lull with showings.  We are expecting to see a bit of an increase in activity as we get into the spring market.

March saw a small decline in sales activity compared to March of last year. However, sales have been rising for the more affordable attached and detached homes.

Price declines and relatively slow sales activity are impacting the number of new listings. For the second consecutive month, new listings eased compared to last year’s levels and long-term trends, but there was still a growth of overall inventory.  There were 6,595 units in inventory in March, an improvement over the past several months, but still considered oversupplied when compared to levels traditionally recorded in March. 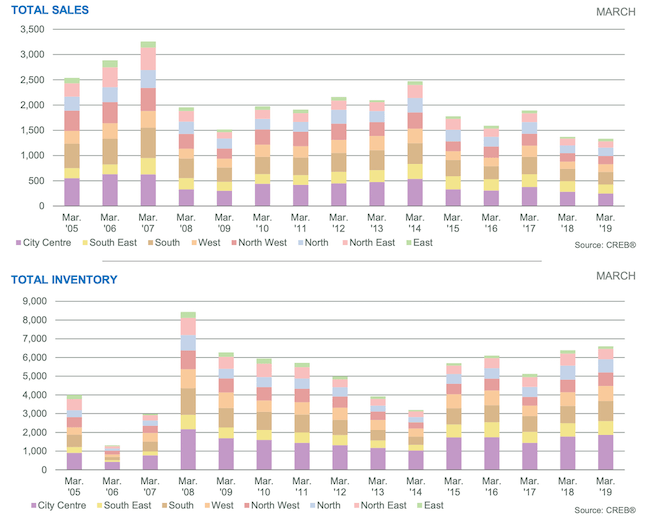 When it comes to the market sentiment, regardless of the outcome of the provincial election, it should provide some certainty for buyers and they will likely be more confident to make a decision.

The volume of mortgage applications has been increasing and mortgage rates have been going down which will lead to a higher volume of sales in the spring.  “Some 5 year fixed rates are under 3% for the first time in a long time,” says Nolan Matthias of Mortagage360, “of course you get what you pay for and those rates don’t always come with the best products but the downward trend is certainly there, which should encourage buying.”

Federally, the proposed new budget promises to focus on ways to help improve housing affordability for Canadians, particularly for millennials. Under the new plan, the government would help some first-time buyers by advancing up to 10 percent of the purchase price of a home so they can take out a smaller mortgage and keep monthly payments lower.

Additionally, first-time buyers may now be permitted to borrow up to $35,000 from their RRSPs, up from $25,000, the limit set 10 years ago. Unlike regular RRSP withdrawals, HBP withdrawals are not added to a person’s income when withdrawn. Instead, the HBP withdrawals must be repaid over a 15-year period or included in the individual’s income if not repaid.

These are all indicators that we can expect to see an uptick in the real estate market in the months ahead. If you’re thinking of selling, now is the time to get ready and get on the market.  Buyers, get pre-approved and be ready to take advantage of the spring market.

For the detailed market statistics from the Calgary Real Estate Board for March 2019 click HERE.

For more information on buying or selling a home pick up a copy of POSITIVELY SOLD.